Reviewer: larrywarshaw - favoritefavoritefavoritefavoritefavorite - July 27, 2008
Subject: Great to See Fellow Alejandro Fans
For the last 15+ years, I have been content to listen to virtually almost nothing other than AE's music. It is almost absurb how his music with a few exceptions has literally left all my other CD's in the dust. I still can't really put my finger on it, but there is something about his songs and approach to music that literally opens me up and creeps into my soul. it is validating for me to see other peoplpe out there who 'get it' and recognize what an inredible phenomenon he is.
I have always been an 'early adopter' for good music, and I have watched bands make their meteoric rise several times. I lived in England in 1979-1980 and was an early fan of bands like the Police and the Clash. When I came back the the states, I watched without surprise as they made their incredible meteoric rise. I lived in Vermont in 1987 and was a very early phishead. I watched them become the national phenomenon that they became. With the exception of the clash, I don't listen to any of that music really any more. Alejandro's music is simply better. It has confounded me that he has not made a meteoric rise, and I have often wondered if it is simply because his music cannot be so easily put in a category. It seems to me that with all this new shit happening for him, he might finally be making his meteoric rise. I hope so -- not only for his sake, and because he deserves is, but also because it will make me feel smart for having been a fan before he was a superstar.

thanks for the recording, now I can share the evening with my 13 year old son who is an AE fan too but couldn't attend because it was 18+ club

BTW it sounds excellent--especially a great live version of "Everybody Loves Me". This is the song that first turned me onto Alejandro and whenever possible I am especially excited to see AE with a good Cellist, as here and Susan Voelz on Violin as when combined with the amazing guitar contributions from David Pulkingham and Alejandro himself, great Bass and rockin Drum play such as heard here it gives this song that extra "roof caving in--train coming off the rails" quality that makes the hair on the back of my neck stand up. They alternately dip, build and then crescendo working together seamlessly with Alejandro whipping them up and the crowd cheering them on until they all come together in the last third of the song and blow the room out. Again I would have LOVED to have seen this song and this show live, but in terms of a consolation this is really better than I could have hoped for.

Also great live versions here of "Chelsea Hotel '78", "Castanets", "Always A Friend", "Juarez" and "Rosalie" I hope he (they) come back around to New England again on this tour like they did last year--I saw him 4 times then. Hell, I saw him twice in one night! He puts on a great show and surrounds himself with top notch musicians--well worth the price of admission. 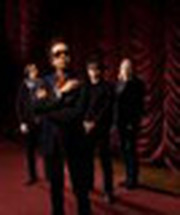 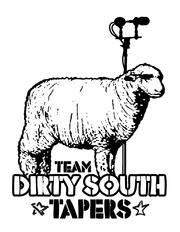